Join with emerging veteran leaders for two days of building leadership skills in the outdoors. This second annual Veterans Outdoor Leadership Summit will foster recreation, education and collaboration at the National Ability Center in Park City, Utah! From indoor climbing, archery and cycling to engaging discussions around leadership and outdoor recreation, this is a once-in-a-lifetime opportunity. In 2020, we are honored to be joined by an impressive panel of speakers (in-person and virtually). Are you ready?

In-person attendees must be active duty service members or veterans. Virtual attendance is open to the general public. 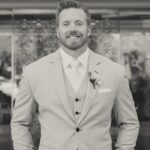 Jason B.A. Van Camp was born in Washington D.C. and raised in Virginia. He attended the United States Military Academy at West Point and played linebacker for the Army Black Knights football team.  Jason served a two-year LDS Church mission to Russia and upon returning to West Point to complete his studies, received the Loeffke Award for Excellence in Foreign Languages.

After graduating and receiving his commission, Jason attended U.S. Army Ranger School at Fort Benning where he earned his Ranger tab.  In 2006, Jason won the coveted Green Beret and began serving as a Detachment Commander with the 10th Special Forces Group in Fort Carson, Colorado. During his Army career, Jason earned several awards, including the Bronze Star with V device for Valor, as well as two additional Bronze Stars during numerous combat rotations in the Middle East and Africa.  Jason was medically retired having achieved the rank of Major.

In 2013, Jason earned his MBA from Brigham Young University where he developed a passion for entrepreneurship.  Jason is honored to be the Founder and Executive Director of Warrior Rising, a nonprofit that has assisted thousands of veterans through its programs over the last five years, as well as the CEO of Mission Six Zero and author of Deliberate Discomfort: How U.S. Special Operations Forces Overcome Fear and Dare to Win by Getting Comfortable Being Uncomfortable.  Jason has also written several Op-Ed articles, as well as articles submitted for publication to leading magazines such as Entrepreneur Magazine.

He strongly believes in leadership through service to others, focused determination, overcoming obstacles through perseverance, and the power of storytelling, reflecting many of his own life adventures, as a tool for teaching others.  He is successful not just because of his personal accomplishments but because of his will to win and the unique ability and willingness to unlock the potential in other people.

Jason is married to his wife Elizabeth and they have two children. 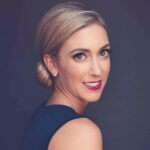 Jen earned a Bachelor’s degree in Public Relations from the University of Florida and a Master’s degree in Communication Management from Webster University. In addition to military and government public affairs, she has practiced public relations in the private and nonprofit sectors. She also contributes as a freelance writer to military and civilian publications.

A strong sense of connection to her military community has shaped her involvement with various local organizations including the National Ability Center and Utah Department of Veterans Affairs Women Veterans working group. She enjoys spending time outdoors with her husband, a recent Air Force retiree, and her three active children. 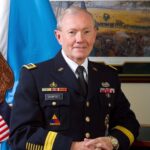 General Martin E. Dempsey retired in late 2015 after 41 years of military service. During his time in the Army, he commanded a Cavalry Troop, a Tank Battalion, a Cavalry Regiment, a Tank Division, and United States Central Command where he was responsible for securing U.S. interests in the Middle East and South Asia. He served in both Operation Desert Storm and Operation Iraqi Freedom accumulating 42 months in combat.

General Dempsey is a 1974 graduate of West Point and has Master’s Degrees from Duke University in Literature, from the Army Command & General Staff College in Military Science, and from the National War College in National Security Strategy. He also has an Honorary Doctorate Degree in Law from the University of Notre Dame.

His military awards include the Bronze Star with valor device, the Defense Distinguished Service Medal, and Distinguished Service Medals from the Army, Navy, Air Force, and Coast Guard as well as awards from other Departments in the United States Government including the Office of the Director of National Intelligence, the Central Intelligence Agency, and the National Security Agency. He has received awards from many of our allies including France, Germany, Italy, Poland, Croatia, Israel, Japan, the Republic of Korea, and Singapore.

In 2015, General Dempsey was named one of the 100 most influential leaders in the world by TIME magazine. In March 2016, he was inducted into the Irish-America Hall of Fame, and in May he received the Ellis Island Medal of Honor. On 17 October, 2016, Queen Elizabeth II made General Dempsey an Honorary Knight of the British Empire. Most recently, in October 2019, General Dempsey received the George Catlett Marshall Award from the Association of the United States Army for service to the nation.

Dempsey now brings his extensive leadership qualities to the Chairmanship of USA Basketball. Elected to the post by the board of directors, Dempsey will lead USA Basketball through the 2024 Olympics in Paris.

General Dempsey and his wife, Deanie, have been married for 43 years. They served the military as a team, and Deanie was instrumental in supporting military families and championing many of the family programs that have been critical to our success over the past 17 years of conflict.

Marty and Deanie have three children and nine grandchildren. Each of their three children served in the Army, and their son, Chris, continues to serve.

General Dempsey’s post-military career includes a teaching position at Duke University in public policy and leadership, a role as the Special Advisor to the Commissioner of the National Basketball Association for leader development and youth programs, Chairman of the Board of USA Basketball, and motivational speaking through the Washington Speakers’ Bureau.

Tracy Meier has been working in the adaptive recreation world for 18 years, beginning her NAC career as an intern at the National Ability Center. She is a Certified Therapeutic Recreation Specialist currently working as the Program and Education Director. She loves working with people to support them reach their goals and full potential- focusing on what each person can do.  She is a PATH Registered level therapeutic riding instructor and PSIA Adaptive Level 3 instructor and examiner. Tracy has presented a variety of training and conferences over the years including local, national, and international events. Most recently, she ran an exchange training program with ski instructors from Korea to develop adaptive skills to start a program to meet the needs of their community.

Tracy and her husband, a 5-time Paralympian and Hall-of-Famer, have three children.